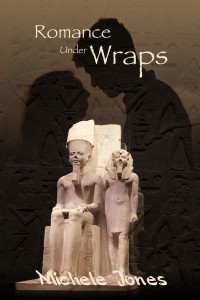 They come alive once a century.

Dene tries to teach the pharaoh, but he’s more interested in tricking the gods than learning his lessons. Fearing failure, Dene pins all his hopes on winning the love of his lost queen. But someone is trying to scare her away by falsifying a ‘mummy’s curse.’ With three souls in jeopardy, Dene must solve the mystery and protect her life before his time in this century runs out.