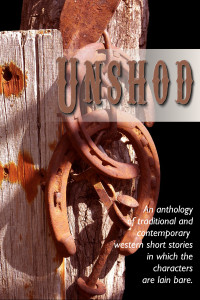 An anthology of traditional and contemporary western short stories where the characters are laid bare.

Nine female authors pen western tales that you’ll want to retell around a campfire. These aren’t your granddaddy’s westerns. They’re the next generation’s, and they’re darn good.